This month we bring you a special edition of Tap House of the Month.  We are on Houseboat #60 on Lake Shasta in Northern California.  We bring to you our own floating tap house that we had for a week.

This floating tap house was stocked with beers from different breweries that included New Belgium, Four Peaks, Squatters, Mother Earth, Left Coast and Deschutes.  This tap house was open for 6 days and 5 nights and was stocked with different beer styles from Coors Light to Triple IPAs.  A few of my favorites were the Pinedrops IPA, Full Suspension Pale Ale and Hop Juice Triple IPA.  In between drinks there were plenty of activities available on this floating tap house.  Game nights included scategories, dominoes, cards against humanity and rummy.  Floating on the cool water, fishing and tubing behind the ski boat were some of the daytime activities.  And of course, jumping off the boat in the heat was a great time.

There was also a full menu of food options aboard.  From junk food to steak night, there was something for everyone.  Night one was nice and easy with hot dogs and sausage links.  Night two featured Rib Eye Steak night and night three was a full rack of St. Louis ribs.  A delicious Blonde Ale from Guiness was a perfect beer to have while cooking the ribs.  Burgers and Hop Juice IPA was the feature on night four. On our 5th night we put some chicken on the grill and enjoyed it with Mother Earth’s Sin Tax, a smooth peanut butter stout. And oh yea, this was a dog friendly tap house. 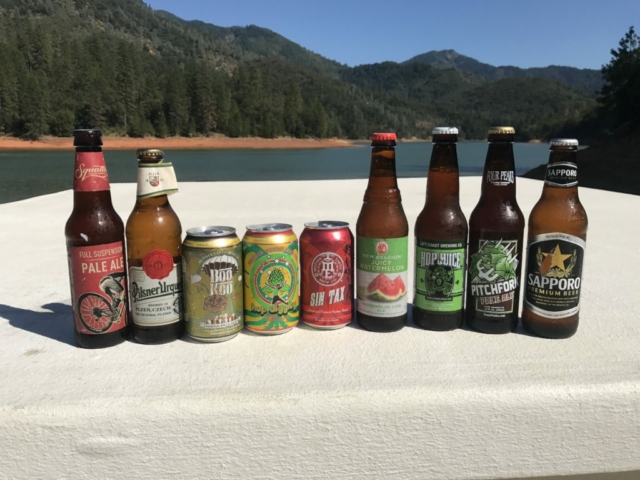 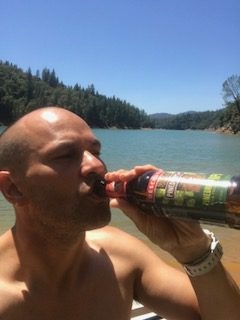 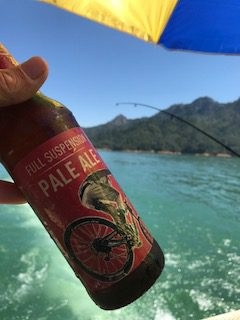 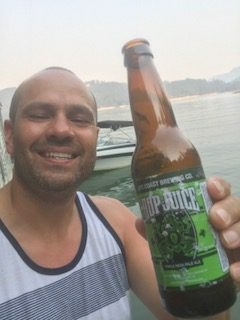 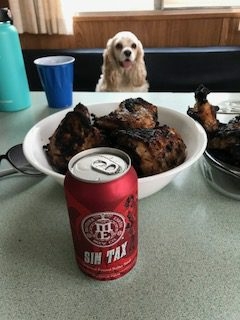 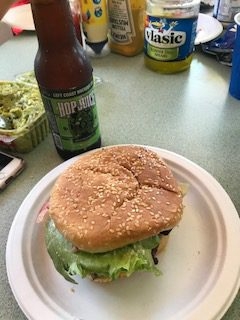 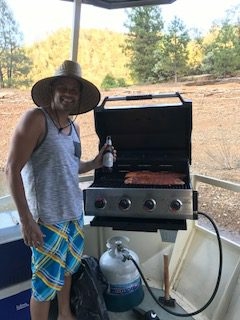