So this past Saturday Sean (@OGtay) and I (@BAFL99) decided to meet up and take a little pup crawl heading out to 4 local breweries. These are adventures!

We first met up at 4 Sons Brewery in Huntington Beach. A good friend Drew met us as well to help with the tastings. I started the day off drinking a sour they had on tap, “Gose in Different Area Codes“. This variation had a cucumber element added to it. It was a refreshing beer that was not too sour but was great for starting the day. The Cucumber was very subtle which was nice as well. 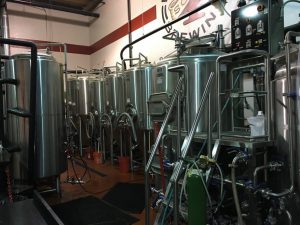 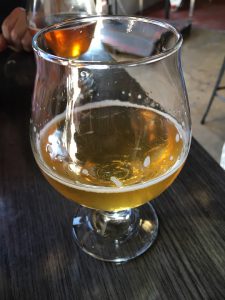 Sean started the day with “Orange You Hoppy“. 4 Sons describes this as an Orange Juice IPA. I also had one of these later in the day and I think we all agreed that this would be a perfect morning after beer. It had just enough bitterness that you want from your IPA but it also had a nice balance with the citrus flavors rising to the top. 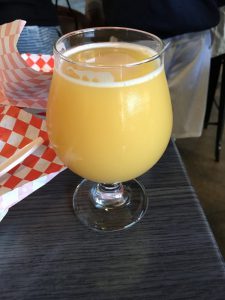 After a couple more beers we went to our 2nd spot, Barley Forge in Costa Mesa. This was a great choice because little did we know there was a new brewery opened up right across the street, Gunwhale brewery.  It was at this moment that we decided to have one beer at each spot so we could fit a 4th brewery in to our pub crawl.  I had a really nice Hefewizen called “Nom Nom with Mango” at Barley Forge. This was a light beer with a nice Mango finish that I really enjoyed. Not a big boy beer at only 5.8 ABV but another great tasting beverage that you could enjoy in any setting.

We then went across the street to Gunwhale and here I went for the big boy on the menu, “Majordomo“. This 7.5 saison was maybe my favorite beer of the night. It had a nice clean mouthfeel with a great flavor profile of citrus and finishes refreshingly dry. Really strong beer that I recommend! 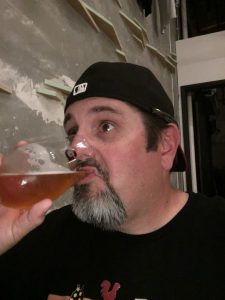 Drew couldn’t decide on which beer to get at Gunwhale so he went with 2 beers. One of the two was a very interesting beer called “Shellmaker“. This dry stout has a subtle brine character coming from the fresh oysters that are added to the boil. I would have never thought I would like such a beer but the shellfish flavor was almost non-existent. It was there but it was not overpowering. I only had a taste of Drew’s but this is a beer you should not shy away from. 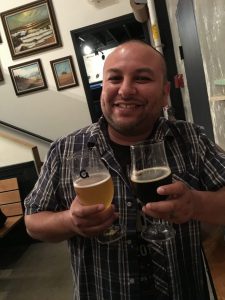 Our last spot is one we love and is Sean’s favorite brewery, Bottle Logic. 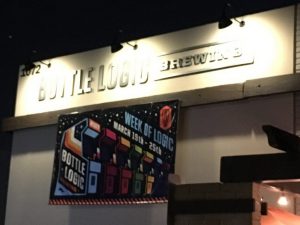 Sean and Drew went with the “Double Actuator“, while I stayed in my wheelhouse and went with another sour “Berlinear Equation (w/Watermelon and Strawberry)“ 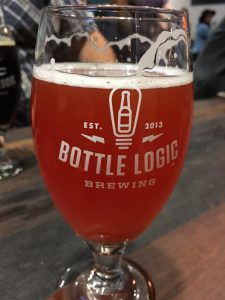 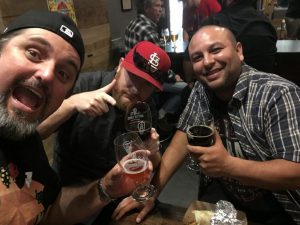 This is one of my favorite Bottle Logic beers as they are always changing up the fruit that this beverage sits on. Really great way to finish the night….Well sort of!

We had to go back to 4 Sons to get our cars and so why not have one last beer. 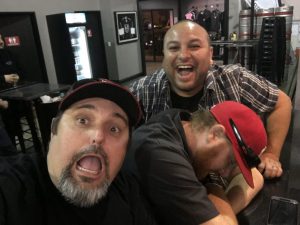 It was a fun night and by the way we did not drive home!  I think TalkingHops.com might have to schedule another Pub/Brewery crawl real soon!